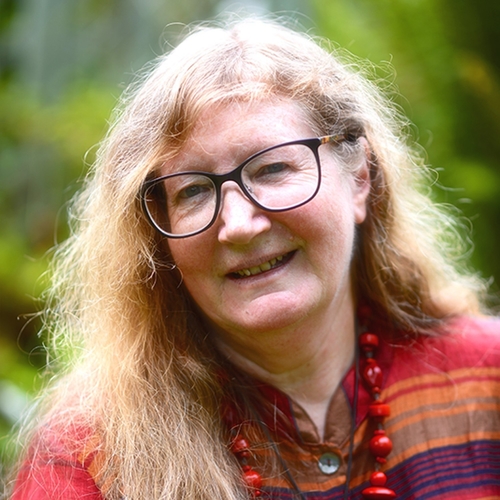 Her work has been published in a variety of journals, such as 'The Lonely Crowd', 'The Blue Nib' and 'Crannog'. It has also appeared in several anthologies, including 'Secondary Character' - a collection by the Welsh Short Story Network; 'Ruins' and 'The Cinnamon Review of Short Fiction' - two anthologies by Cinnamon Press; 'Nivalis - 2017' (Fabula Press).

She lives with her husband in beautiful north Pembrokeshire, and when she is not writing, she works in her woodland garden, or walks on the coast. She is currently working on a collection of stories, and a new novel.