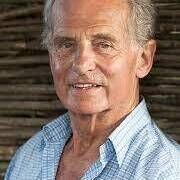 Count Nikolai Tolstoy is a prolific and acclaimed author. His recently released book 'Stalin's Vengeance' reveals a devastating body of heretofore unrevealed evidence about the forced repatriation of the Cossacks to the Soviet Union at the end of the Second World War. Much of this material derives from long-sealed Soviet archives, to which Tolstoy received access by a special decree from the late Russian President Boris Yeltsin. What really happened during these murky events is now revealed for the first time.

Count Tolstoy has also written a number of books about Celtic mythology. In 'The Quest for Merlin' he has explored the character of Merlin, and his Arthurian novel 'The Coming of the King' builds on his research into ancient British history. He was elected a Fellow of the Royal Society of Literature in 1979.