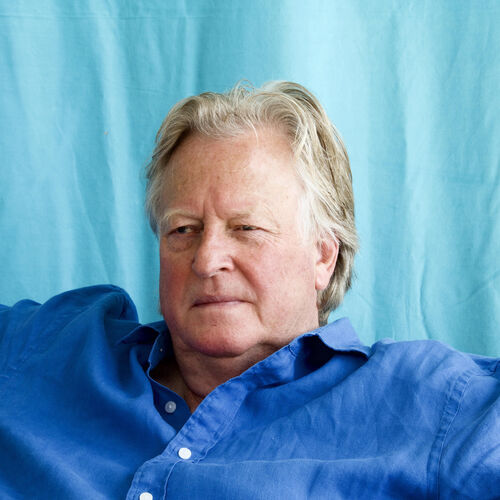 After studying at Gloucestershire College of Art, Cheltenham and Goldsmiths College London and a brief period of exhibiting and teaching a major change in career direction took place. For over 30 years Ian enjoyed a successful career in marketing based in London and New York.

His intention, however, was always to return to his creative roots and he continued to paint, take photographs and collect art throughout his marketing career.

His longstanding plan to return to a career as a painter and photographer became a reality in 2010 when he returned to his native Llangwm and with energy, innovative thinking and a wealth of creative ideas he went about the task of producing new art.

His commitment has been rewarded. He has exhibited in Wales, England and America and has had solo exhibitions at the West Wales Arts Centre, Fishguard, The Air Gallery, Dover Street, London, three separate exhibitions, including a retrospective, at the Museum of Modern Art, Machynlleth and a 2011 exhibition at the former Graham Sutherland Gallery in Picton Castle. His work is in the collections of the National Library of Wales, the Museum of Modern Art, Machynlleth and the county collections of Pembrokeshire and Gloucestershire.

His particular interest in photography has grown, with the French photographer Lucien Clergue and Bill Brandt images of nudes from the 1950's on a Sussex beach all having influenced his work.

His book BODY ROCK SAND explores the visual parallels that exist between coastal rock structures and the female form. Four Pembrokeshire beaches and a willing model are put under the microscope to illustrate this phenomenon. The book is the culmination of an intense period of creative energy and output and represents the fulfilment of a vision that has persisted for over fifty years.