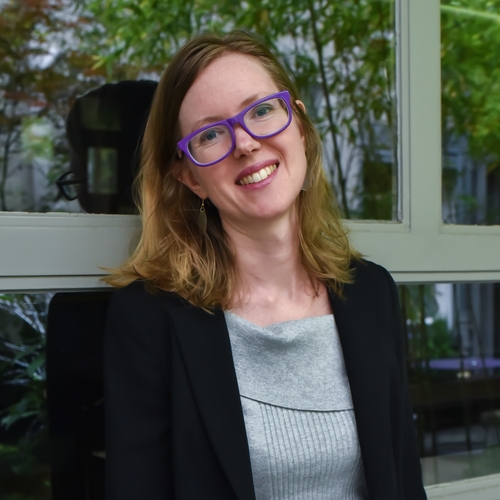 Phoebe Blackburn is a Berlin-based facilitator, editor, consultant, writer, translator and language coach, working on the themes of sustainability, circular economy... and dustbins.

After working variously at the French Embassy in the arts and later in communications and corporate responsibility for energy group EDF in the UK and France, Phoebe went travelling around half the globe in 2012 for close to a year. She took photos of dustbins as she travelled, resulting in a website and a colourful photography exhibition which has been shown in a dozen venues in Berlin and Paris, creating awareness around the issue of waste. Today, she facilitates workshops on the circular economy across Europe with the Circulab network alongside 55 other facilitators worldwide, using tools including games, and does consulting work for WWF and other organisations, supporting the transition to a more sustainable way of living and doing business.
She lives in Berlin, and can be found on Linked in and on her Facebook page @LetTheBinsTalk. Circulab network website: https://circulab.eu.