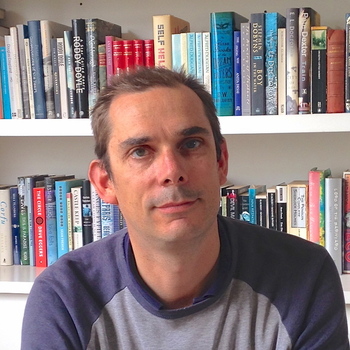 David Horspool is a historian and editor at the Times Literary Supplement. He writes for the Spectator, Sunday Times, The Guardian, and the Telegraph.

David's first book Why Alfred Burned the Cakes: A King and His 1100-year Afterlife, was a scholarly yet popular history of the reign of King Alfred. His next book, published in August 2009, was The English Rebel: One Thousand Years of Trouble-making from the Normans to the Nineties, a history of rebellion from Magna Carta to Arthur Scargill. David collaborated with Colin Firth and Anthony Arnove to produce the book "The People Speak", an anthology of writings and speeches on the theme of political and social struggle in British history, published by Canongate Books in August 2013. In 2017, David released his latest book 'Oliver Cromwell: England's Protector'.

David will be talking to Charles Emmerson about Charles' latest book 'Crucible'.